Understanding the Difference between Intermediate and O-Level 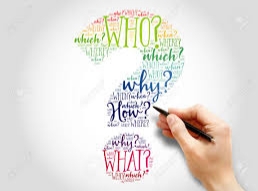 A-Level is an international degree certificate; it is the abbreviation of advanced level and is considered equivalent to the intermediate studies in Pakistan i.e. FA (Faculty of Arts) or F.SC (Faculty of Science).

List of the Top Differences between A-Level &Inter studies in Pakistan.

Further Studies: In most of the case A-Level students can easily get admission in international universities, whereas intermediate (FA/FSc) pass students have to clear different English language proficiency tests for getting admissions, tests such as IELTS and TOEFL etc.
But A-level pass students have to get equivalence certificate from IBCC in-order to get admission in any undergraduate program in Pakistan.

Study Systems: Inter is a local Pakistan Study system whereas A-Level is recognized all over the world and a global study system.

Duration: Both duration of inter and A-Level is equal which is equal to two years of study.

Examination: Inter students have to go for exam yearly basis whereas A-Level exams are conducted twice in a year.

Subjects: A-Level students can choose much diverse subjects compared to inter students who have a set of compulsory subjects

Science Students: For Science students in Pakistan should go for FSc only that would help them in clearing the ECAT and MCAT entry tests as well but this is not the same case for A Level students.